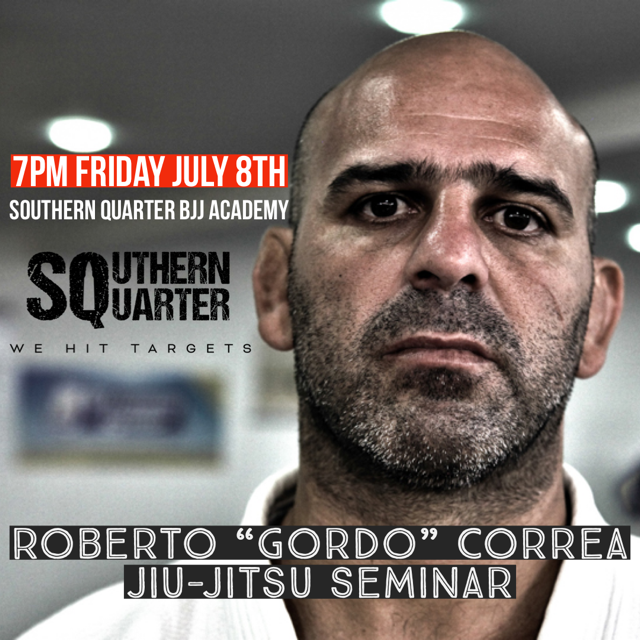 Roberto “Gordo” Correa is one of the most important figures in Jiu Jitsu’s history. An important competitor during the 1990s, Correa later became one of the head instructors at the Gracie Barra academy, where he helped shape IBJJF world champion grapplers such as Celso Vinicius, Braga Neto, and many others. As a coach Roberto was sought out by many experts in the grappling game, champions like Kyra Gracie and Vinicius Magalhaes though his biggest contribution to the sport was the half guard, a specific position he developed as a purple belt.

After the seminar, there will be a chance for everyone to socialise in our SQ cafe with refreshments & snacks available.

**Limited spaces so be quick to reserve your place!