With our full-time matted area, we are able to offer multiple Jiu-Jitsu classes daily, allowing you to fit your training around your busy lives. We also offer Children’s Jiu-Jitsu classes and yoga and mobility classes. Serious fun for all ages!

Beginners and Advanced Gi (With Kimono) and No-Gi (without Kimono) classes, open study sessions, workshops and access to online content are all included in your membership, we look forward to welcoming you to our Team/Family at SQCA. 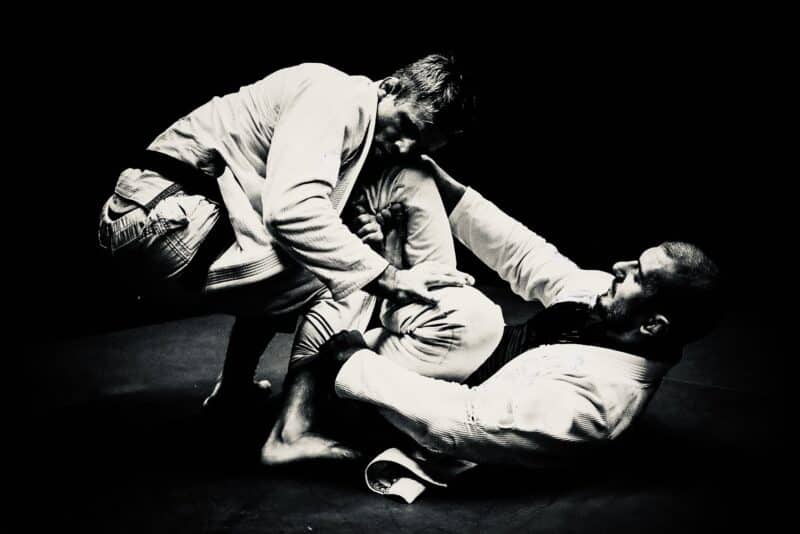 Brazilian Jiu-Jitsu and Self Defence - The Gentle Art!

The legendary Gracie family created and followed the original theory of ‘Gentle Art’, a new technique that used the principles of leverage, choke holds and control positions (over simple power, size and strength requirements).

Before these theories, most people practiced punches and kicks that were far less accurate and when applied in ‘real fight situations’ left the majority of people on the ground unless they were in a very dominant ground position.

We use the teachings from the legendary Gracie family today at Southern Quarter.

Brazilian Jiu-Jitsu is the best martial art to know when a fight ‘goes to ground’. As a cornerstone of one of the world’s fastest growing sports (Mixed Martial Arts, MMA), we look forward to sharing with you this hugely addictive, worthwhile and safe sport.

The art is constantly evolving and being refined by its practitioners.

New moves and techniques are being invented every day – a testament to the dynamic and ‘live’ nature of the art.

At SQCA we have experienced Black-Belt instruction who will guide our programmes and classes, ensuring you are equipped with the fundamental techniques and mindset for your Jiu-Jitsu Journey.

Kids’ martial arts have long been viewed as a great character-building activity. While the term martial arts often invokes thoughts of Karate or Tae-Kwon-Do and the striking-heavy approach these arts take, more and more parents are discovering that jiu-jitsu’s grappling-heavy focus has tremendous benefits to offer.

It’s true that kids’ jiu-jitsu can arm a child with a less violent approach to self-defence and handling bullying but that’s far from the only benefit kids BJJ training has to offer.

At SQCA we have classes suited for children from 4yrs upwards, conveniently on ‘after school’ and on weekend mornings as well as workshops in the school holidays. 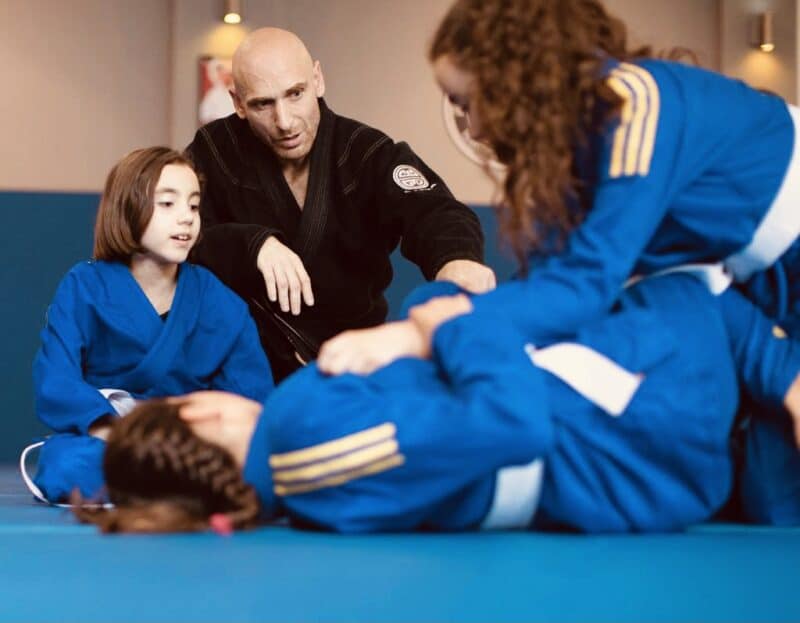 There is no way to get around the reality that Jiu-jitsu is difficult it requiring focus, patience, and dedication. Even though Jiu-jitsu is difficult, the skills taught are wonderful lessons for your child to learn and the difficult challenges your child overcomes on the mat will help them develop a new sense of self-confidence that will help them overcome an equal or even greater challenge off the mat in everyday life.

Every time your child proves that doubtful inner voice wrong, they feed a new inner voice, one that says “It will be hard, but I know I can do it”. No single activity will develop your child’s self-confidence more than getting them involved in kids’ Jiu-jitsu.

Training will develop an active lifestyle and a healthy mindset +

We’ve all heard the statistics, children are becoming screen-obsessed and sedentary. Jiu-Jitsu can help reduce the risk of your child getting obese as its a great form of exercise. By getting your child involved in a martial art that demands physical fitness it will help build there fitness naturally and create habits that will serve them into adulthood and beyond.

But more than just a physically powerful effect, the Jiu-Jitsu lifestyle also builds a healthy mindset as well. Jiu-Jitsu promotes good citizenship, cooperation, positive thinking, and a gentle, constructive mindset. Parents who enrol their kids in Jiu-Jitsu often remark on how much their child matures and becomes the best version of themselves.

Youth Jiu-Jitsu will build a healthy mental platform for your child to stand on and achieve great things now and in the future.

A new, positive peer group will teach them about healthy social interactions +

We know the fear. You try to teach your child good social skills and morals, but, for better or worse, they will spend a huge part of their day away from you and under the influence of peers you have little ability to screen or choose.

This can lead to attitude problems, disrespectful behaviour, and later on down the road, dangerous situations you’d rather they not be involved in.

By enrolling your child in kids’ Jiu-Jitsu, you can provide them with a positive peer group full of kids learning the same life skills and character lessons they are. They’ll have a built-in group of peers who understand their new healthy lifestyle. A peer group who also rejects bullying and aggressive or self-destructive behaviour, and who act as cheerleaders rooting them on as they strive every day to be their best self.

Hard work will develop their sense of self-discipline and accomplishment +

We all know the saying: Hard work beats talent when talent fails to work hard. It’s been a coaches’ mantra for generations and no single activity will teach your child to work harder than jiu-jitsu. It will challenge their limits almost daily, and in the process, it will teach them to challenge themselves.

It will help them develop the kind of self-policing and self-discipline that are pre-requisites to a successful life.

After enrolling in kids’ Jiu-Jitsu, parents often find that their kids start doing their homework without being asked and often will keep their rooms cleaner. They find that their kids show an interest in helping out around the house. They also become far more respectful of authority figures, while asking the right questions to determine which authority figures are the right ones to gain influence from.

Jiu-jitsu is full of healthy role models of men and women working hard to serve their communities and families. Kids’ Jiu-Jitsu will help your child self-develop the highest ideals to put to work now and in the future.

Jiu-Jitsu is incredibly complex. Think of it like human chess, or human physics. Every action on the mats has a counter to it. Every action also sets up another more powerful action, if engaged correctly.

Through both the technique and rolling aspects of the class, your child will learn to think under pressure, solve problems with their brain instead of their brawn, and find the most efficient path through any situation.

These skills transfer amazingly well into everyday life and will have your child outsmarting their problems in short order. 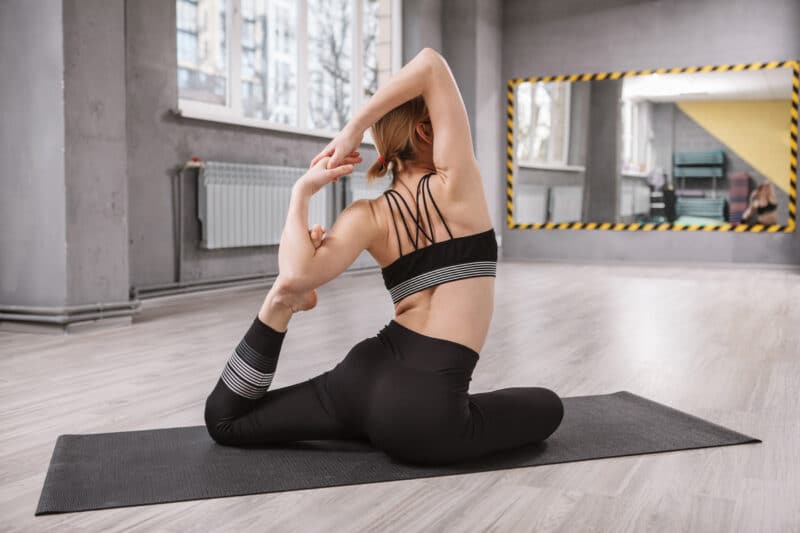 Whether you are looking to improve general fitness, assist your sports performance or to simply feel good and stay injury free, our management have sought out the finest instruction around.

Our large matted area at SQCA provides the perfect environment to really explore the benefits of a strong and flexible body (and mind!).

Book one of our classes
Sign up for membership

A student of Kano’s, Mitsuo Maeda (also known as Count Koma – ‘Count of Combat’) emigrated from Japan to Brazil in 1914. He was assisted by a local politician named George Gracie, whose father had also been an immigrant, hailing originally from Scotland. As a token of his gratitude, Maeda taught Jiu-jitsu to George’s son Carlos Gracie. Carlos later shared his knowledge with some of his brothers, with whom he opened Brazil’s first jiu-jitsu academy in 1925.

Over the years, the Gracies’ (notably Carlos and Helio) and their students refined their art through brutal no-rules fights, both in public challenge matches and on the street. They focused their attention on submission ground fighting, which allowed a smaller man to defend against and ultimately defeat a larger attacker.

In the 1970’s Rolls Gracie and later Rickson Gracie (along with other members of the family) began to further refine the art, incorporating, among other things, moves from wrestling into the curriculum. Alongside this, Rolls devised the first point and rule systems for jiu-jitsu specific competition.

In the early 1990s another Gracie, Rorion, moved from Brazil to Los Angeles, hoping to showcase his family’s fighting system to America. Although no-rules, mixed martial arts contests (known as “vale tudo”) had been popular in Brazil since Carlos Gracie first opened his academy in 1925, they were largely unknown in the rest of the world.

Rorion and Art Davies conceived of an event called ‘The Ultimate Fighting Championship’ (UFC), which would pit various martial arts styles against each other. UFC enabled challengers from various martial disciplines to battle each other in an effort to prove the credibility of their sport and illustrate their martial art as the best.

The first UFC took place in 1993 and was completed dominated by Rorion’s younger brother Royce. Royce was not a big man and was outweighed by the other competitors. In spite of this, he exploited the other contestants’ naivety of ground fighting and emerged victorious, defeating four opponents in a single night. His wins led to a huge interest in Brazilian Jiu-jitsu consolidating the sport’s status as a truly global martial art.

Today, Brazilian Jiu-jitsu is riding the wave of the ‘Mixed Martial Arts’ (MMA) explosion and is the fastest growing martial art in the world. There are now thousands of Jiu-Jitsu academies spread across every corner of the globe.

Sport Jiu-jitsu (Both ‘Gi’ and ‘No-Gi’) has also grown massively in popularity. There are established governing bodies, such as the International Brazilian Jiu-Jitsu Foundation (IBJJF) and the Jiu-Jitsu Global Federation (JJGF) who run regular competitions attracting thousands of entrants.

Staying true to its roots, Jiu-jitsu continues to be effectively utilised in all MMA competition – all fighters, regardless of their speciality, require at least a working knowledge of Jiu-jitsu to stand any chance of success.